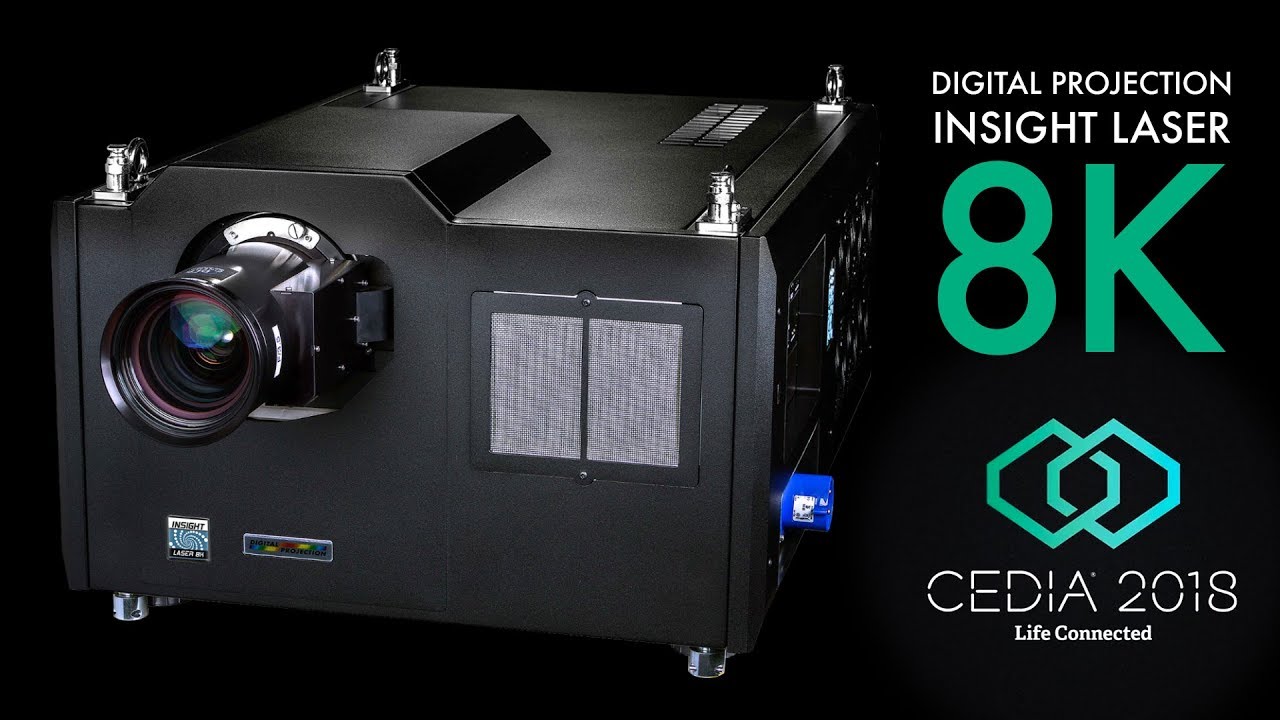 Ready or not, 8K is already here for you.  Digital Projection had announced their New flagship projector, the INSIGHT LASER 8K!  As seen in CEDIA 2018, I almost believed that I was transported to the venue where the image was shot or I was just looking out of the opened window instead of a filmscreen. No doubt, the performance is on top of the world.

The projector marks the industry’s first DLP-based 8K design, housing three 1.38” DarkChip DMD imagers backed by laser phosphor illumination capable of producing a whopping 25,000 lumens of light. It produces 33 million pixels (7680×4320) for true uncompressed 8K image.  Weighing 291 lbs and with a size of a V12 engine (39.5”L x 28.4”W x 18.9”H), this machine is a beast and definitely sits on its own in the class.  If you are building or already have a private theater room in your mansion to project an image of over 300″, you probably won’t be too concerned on its price.  What is the price? If you have to ask……..